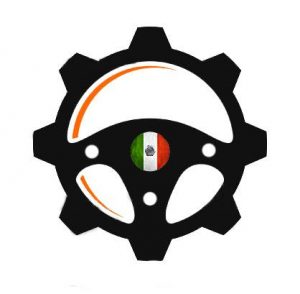 In Southern California, center of the car culture, it’s tough to straddle the line of professional passion for all things motive. Yet, Ricardo Rodriguez-Long has done so since arriving from Argentina, combining his education (BS in Automotive Science and Industrial Design) with his ardor for all forms of mobilized art. Ricardo’s career has taken him from broken fingernails to broken records.

Ricardo’s photojournalism excellence has allowed him to supply copy and images for newspapers and magazines around the globe in both English and Spanish. He is the first Hispanic photographer to be granted a solo show at LAPC in Los Angeles. He created the first Spanish automotive radio program in the US which is still on air; the first Spanish language trucking magazine; the first automotive TV show in Spanish in the US (broadcasted on over 30 countries through CANAL SPEED and Azteca America TV Network); and Ricardo is the first Hispanic to receive the Golden Award for journalism by the Truck Writers of North America. This prestigious awards is coveted by more than 250 journalist in the commercial truck market in Canada, United States and Mexico.

In 2005, he was called by Randall-Reilly to develop their Hispanic initiative. In 2006, he became the first Hispanic spokesperson for the tire manufacturer Uniroyal Tires, one of the oldest tire manufacturers in the world and part of the MICHELIN group. In 2010 he became the Hispanic US market spokesperson for Motul (France) and in 2011 added Duralube and Equipe Watches to his personal endorsement list. Ricardo also authored the first Woman’s Car Manual for Kim Danger’s e-book series and responds to automotive questions through his website www.pregunteaRicardo.com.

To keep his driving and mechanical skills sharp, Ricardo contends successfully in vintage racing throughout the Southwest region. In 2010 he won the VARA F3 Championship driving a RALT RT5 open wheel car. Ricardo has been test driving motor vehicles for manufacturers since 1990 and is an ASE certified tech. From new cars to race cars he has driven over 2000 different cars in the last 20 years.

Ricardo is a hugely competitive individual who, like many successful entrepreneurs, combines resourcefulness, perseverance and an unwavering commitment to excellence in gaining results in all his endeavors. His combined credentials as an expert in the automotive field and his innate understanding of the Hispanic sector are unmatched. His passion for life in the fast lane is inspirational.